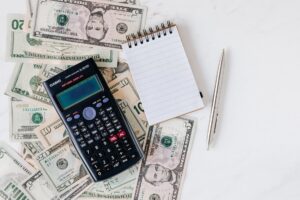 This one is going to be a strange one, and will require a little explanation, but bare with me. Here is something that you need to know about me- I dream some pretty vivid dreams (I mean insanely vivid). Sometimes it is like watching a movie or reading a book. The other night, I had one such dream, and I thought that it was worth sharing.

In my dream, a man (we’ll call him Jerry for the sake of the story) was sitting in a prestigious business class, taking notes from a professor that he held in very high regard. Jerry looked to be in his early to mid-twenties and full of spunk. After class, he chose to follow his professor home to ask some questions. The professor did not seem to catch on to what was happening as Jerry followed in his car behind the professor’s. While Jerry was driving, his wife called and asked when he was coming home. He gave a lie and said that he was staying after class to finish an assignment. His wife, thinking that he might be having an affair, became defensive. Jerry pulled the phone away from his ears as his wife raised her voice. While she was talking, Jerry pulled up to the house, where the professor had stopped. This was the place. Seeing that the professor had gotten out and was walking up to the front door, Jerry promptly hung up the phone and got out to follow. Jerry caught up to the professor at the door and explained to him that he wanted to “talk shop” and get some pointers on how to successfully run a “business empire.” The professor replied, “don’t you have a family to get home to?” Jerry said, “To be honest, I can’t stand my wife. She doesn’t get what it takes to get things done. But, hey, marriages aren’t meant to last forever, right? I’ve got my own life to live.” The professor gave Jerry a long, piercing stare. He told Jerry, “Son, come on in, we need to talk.”

When the two settled down into some chairs, the professor said, “I want to make sure we are clear on this. Don’t you ever show up to my home again! Got it!?… But, since you’re here, I want to tell you something that you won’t find in your textbook. Everyone thinks that climbing the ladder and getting to the top is the finish line; that once you’re up there you’re done, you’ve won. But their wrong! Many men have climbed that same ladder you are on now and, if they were here, they’d tell you that you are in for a world of hurt if you don’t stop. You see, if you make it to the top, but you do so by stepping on the the backs of all those people who stood by you, you’re gonna find yourself up there alone. Up there, family become assets; up there, friends are just a liability. It won’t be long before you realize that everything you did to make a life for yourself has smothered everything worth living for. Do you see what I am telling you, son? You are at a crossroads, and the way you’ve got your nose pointed is just a dead-end.” The professor paused for a second to let his words sink in, then he said, “Go home to your wife. It’s almost time for dinner.” Jerry, unable to give any kind of response, got up and made his way to the door as the professor saw him out.

This is where my dream ended.

About a year ago, I started getting heavily addicted to a video game- Destiny 2. If you have ever played the game, what I am about to share with you won’t be much of a surprise. Every season the game designers would release hundreds of hours worth of pursuits. There were new guns and gear to collect, new places to explore, and new challenges to face. I am a completionist at heart, so I had a hard time limiting myself. Eventually, I was playing like it was a part-time job- clocking in something around 20+ hours a week. My wife made it clear one day that she was feeling left behind. I needed to make a choice about where I wanted to put my time, energy, and heart. I chose my family. I have no doubt that I made the right choice. This isn’t the first time that I have stood at the crossroads and asked myself which way I wanted to go. In fact, it seems like every day is a test of my loyalties. We fathers have some tough decisions to make, but I want to keep hammering on this- IT IS WORTH IT!!!

Being a dad isn’t easy. Sometimes the sacrifices that we make really hurt. Looking back on the last five years of parenting, I can recall many changes that I have made to accommodate the needs of my family. My family cannot be replaced by wealth, success, fame, or pleasure. Neither can yours. I want to encourage anyone who is counting the cost. What you give to your family is a sound investment. I hope that each person reading this post will have the strength and courage to let go of what doesn’t matter to hold onto what truly does.

As before, please share your thoughts in the comment section if you want to go a little deeper or you have something you would like to offer to others.