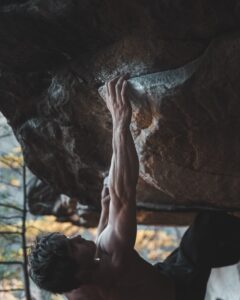 One day, while I was in college, one of my professors shared a very novel idea with the class that I had never considered before. He explained that after he had gotten two degrees at a doctorate level, he had set a goal for himself of taking a few classes each year. Over a few decades, he had earned the equivalent of multiple Master’s degrees in addition to his previous academic achievements. He explained that he saw himself as a learner. He realized that in order to stay up-to-date and sharpened he would need to continue his life in the world of academia. There was no doubt that this man was sharp. Often, those “know-it-all” types would try to match wits with him over a wide range of topics. It was brutal… for them, I mean. His consistent hunger for knowledge paid off. He had gained a highly respectable wealth of knowledge that was built over a lifetime of academic pursuit. The message is clear- if you want to be an intelligent man, then don’t stop learning.

At one point in my work in mental health, I was a life coach, making my way around the community with some solid guys who simply wanted to better their lives. I remember driving one of these men back to his house after we had just finished a 1.5-mile walk together on some rough, wooded terrain. He turned to me, completely out of the blue, and said, “I would like to start attending Alcoholics Anonymous. Would you be willing to take me?” I admit that I was confused. This guy was well-off in his age, and I could not recall a single time he had mentioned drinking. I asked him, “How long has it been since you have had any alcohol?” He replied, “It’s been 7 years.” He said this with confidence in his tone; it had been, with no room for doubt, 7 years since his last drink. So, I had to ask, “Why would you want to go to A.A.?” I will never forget his reply- he said, “I am a recovering alcoholic, not a recovered alcoholic. When you have an addiction like mine, it doesn’t ever really go away. You have to fight for your freedom every day. I know what I need to stay strong, and I know that, because I have been under a lot more stress lately, I need to be around others that understand my fight and can cheer me on.” The fight is not over. We are not yet out of the ring. The message is clear- if you want to be a man of character, then don’t stop pursuing strength.

One of the most frustrating situations I would have with clients who took pharmaceutical drugs was the cycle that many of them would fall in. They would complain about their symptoms for a few weeks or they would put themselves in harm’s way and we would need to schedule an appointment with a psychiatrist for medication. We would go to the appointment, the clients would be prescribed medication, and things would go well for a few weeks. However, after about three weeks or a month’s time, the clients would start to get past the negative side-effects of the drug and would begin to experience the positive effects. The clients believed that they were healed and no longer needed to take their medication. And so, they didn’t. It wouldn’t be long before we were back to square one and the clients would be confused why their circumstances hadn’t changed. They were still experiencing the same symptoms they had before they began taking the medication. I have felt this same way with my personal diet. I know that some foods hurt me and I have to cut them out of my life. But, I go through this cycle where I start feeling better and I start to wonder if I no longer need to follow the diet. So, I stop following the diet. I do the same thing with my budget as well. When I feel some financial peace I stop sticking to the budget. I always end up with the same results- pain and frustration. I let go of the reins and the horse runs out of control. The message is clear- if you want to be a healthy man, then don’t stop the healthy plan.

What does it look like to be at our best? When do we know that we have reached the end of the road in our personal development? The obvious answer is that we are never at our best, we always have room to grow as individuals. It’s one thing if our head knows this to be true, but another to know it in our hearts also. It is good for us to pause for a moment to observe where the road we have taken has brought us. But, if we are to continue along the same road, we must remember to keep our feet moving. We cannot stop. My challenge for you this week is to keep going. If something in your life is taking you places that are wholesome and good, don’t quit just because you are starting to see the results you had been hoping for. Stay the course! Just like the tree from the poem I wrote earlier- set your roots firmly in place; branch out to anything that is wholesome; and reach out to the sun, as high as you can possibly go.

I am proud of you all, and I look forward to seeing the men that you will become as you keep pursuing personal growth.