I Quit Raid Shadow Legends… Should You? 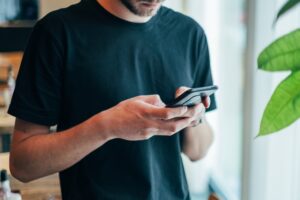 Raid Shadow Legends is a free-to-play (ish) fantasy role-playing game for mobile and pc produced by Plarium. The goal of the game is to collect characters and equipment to complete missions, challenge dungeon bosses, and duke it out in a player-vs-player mode. I played this game daily for about 5 months. Raid (as it is shortened) has hundreds of thousands of players. With this being said, I am aware that many of my listeners may not have ever played Raid Shadow Legends. That’s okay. This post isn’t truly about whether you should quit Raid Shadow Legends. Instead, I am sharing with you my reasoning behind giving up something unhealthy in my life and I am challenging you to reflect on your own life to determine if you might have your own “Raid Shadow Legends.” If so, read further, because I will also be sharing some strategies I used to say goodbye to Raid and other unhealthy things that have come into my life.

To begin, I need to share with you why I started playing Raid in the first place. Obviously, I enjoy video games. It’s one of my favorite pastimes. Second, I like to collect. I live for the thrill of adding another gold piece to my never-ending mountain of treasure. Third, one of my favorite genres is fantasy. Having a creative mind of my own, I appreciate what other curious folks might come up with when not locked into the confines of reality. Fourth, in a season of life where each role of mine is overwhelmingly complex, it is freeing to have something manageable and rewarding to sink my teeth into. Lastly, I am driven toward things that I believe that I can excel at. I like being the elite, the alpha, the best at whatever I put my mind to. I imagine that for some of my readers, I might have just described the complete opposite of your own personality. Like I said, keep reading- there is more here for you as well. The point I am trying to make here is that this game was able to scratch many of my itches.

So, if the game was so good, why did I decide to leave? As I have mentioned before, I have a history of taking things that are “good” and abusing them to the point that they begin to hurt me and others. Most notably, I have a history of taking video games to an extreme that has been very destructive. When I first started playing Raid, I was able to keep my time and investment at healthy levels. As time went on and the game changed, it became clear that I would need to put in more time or money to get the same level of satisfaction out of play that I had before. I was feeling pressure from the game and from peers to cross boundaries that I had set for myself. Once I realized that I was stepping into familiar, dangerous territory, I knew that I needed to let go. I have stopped playing for about three weeks, and there’s not much of me that looks back with regret.

Video games require discipline to keep from turning what could be an enjoyable hobby into a vice. I believe this is one of the strongest reasons why “playing video games” has gotten such a poor reputation over the years. However, video games are not inherently evil, and they are not the only “monster” that we as fathers might have invited into our homes. Sports, business, food, exercise, media, gossip, spending, and pornography are just a few things that can easily take over our lives if we let them. I’m sure you can think of more. You may even have a personal example come to mind. These are our “Raid Shadow Legends;” they originate from wholesome needs or desires but are often twisted into something wretched. The first step in letting go of the unhealthy things in our lives is to realize that they are present.

The next realization that I needed to come to was that Raid was serving a purpose in my life. It was bringing me encouragement, providing a challenge, numbing pain, and relieving stress. It isn’t wrong for me to meet any of these needs or desires. The problem comes from allowing one aspect of my life to dominate or harm other areas of my life. When I start putting a phone game before my family, I am making a mistake. When I use an outlet to distract from each problem in my life, I am making a mistake. When I find myself engaging in behaviors that I would not have been morally okay with before, I am making a mistake. If I can understand the needs or desires that an unhealthy habit is meeting in my life, then I can address those concerns in healthier ways.

The next thing that I had to take to say goodbye to a game that I faithfully played was to pull away from any presence of Raid in my life. I stopped talking about Raid-related stats with friends. I deleted the app and removed any Youtube subscriptions of people that discussed Raid content. I threw away any notes that I had for the game. I found the depth of impact that Raid had in my life and I pulled it out by its roots. After that, I started filling in the gap with other things. I spent more time with my family. I played other games that I could manage healthily. I started an exercise routine. I  read my Bible in the morning more consistently. My wife and I played more board games together. I called my parents and my friends just to tell them I was thinking of them. Whatever I could do to move my life in the direction I wanted to go, I pursued. I have learned over the years that if I don’t start filling those holes with other things, I tend to go back to what I know and had before.

As you can see, moving away from something unhealthy in one’s life is a process. It doesn’t happen overnight. It doesn’t come easily. With practice, I have been able to catch myself earlier on along the track and determine when something in my life is being abused. This has allowed me to shift my focus with less internal conflict. Through constantly re-examining my life, I’ve also learned what works for me and what doesn’t. I know what I can handle and what I can’t. This is not an article to tell you what you can or can’t have in your life. Instead, what I desire is for you to have mastery over your body and your thoughts (and not the other way around). If you are reading this and you have been made aware of your own “Raid Shadow Legends” then I encourage you to consider what it might look like to remove or lessen this piece of your life. I truly believe that we can protect our family well by being fathers that can identify threats and deal with them effectively. If you would like to share about your own “Raid Shadow Legends” experience, I would like to thank you in advance for your courage and for being an example to us all.