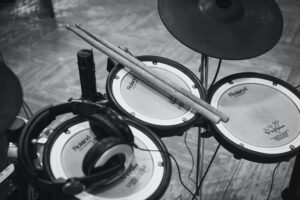 Recently, I decided that I would jump back into playing the drums. I played when I was in high school, but when I began living on my own I never really picked it back up. A few months ago, my neighbor inherited an extra electronic drum set, so she let me borrow her old one. I didn’t touch it much after I got it set up. However, over the weekend I went to a couple’s house for the first time, and the husband shared with me some music projects he was working on. It rekindled in me a flame for learning the musician’s craft. Days later, I sat down to play my own music.

As has been the case before, I started playing the same rhythms over and over again, rarely straying from the beaten path. What normally takes place during practice sessions is that I would play a few familiar beats, get bored, and then quickly move on to something else. I needed inspiration; I needed joy; I needed to shake it up a little bit. So, that’s what I did. I started whacking on drums that I usually use as filler or flair. I hit cymbals at times I wouldn’t normally do so. I made many sounds that were horrible, atrocious- but they were different. Eventually, I found some rhythms that were both pleasant and unique. That’s when the inspiration struck. After that, I found myself diving deep down the rabbit hole. I had one question in mind, “where will this new beat take me?”

I wonder if there is something to learn about parenting here. My oldest daughter is now seven, and I can tell that I have developed quite a routine in the way that I parent my children. Each day, I spend some time with the family in the morning (if I wake up early enough), I go to work, I come home exhausted, I give my family as much attention as I can muster, and then my wife and I tag-team bedtime. After that, we spend the rest of the night trying to catch up on other areas of life that we had set aside. Next day- rinse and repeat. Uninspiring! Boring! No joy!

This hit me yesterday when I came home exhausted yet again. In fact, I was so tired that I plopped on my bed and laid there for an hour. After I felt ready to take on the world again, I knew I had to shake things up. I started thinking outside of the box. I chose not to do what I have always done. I came up with a few silly games that we had never played before. The girls got a kick out of it. My wife was nearly an hour late coming home from a meeting. We didn’t care- we were having fun. The kids were enjoying themselves; I was enjoying myself. By the time mom came home, I was tired, but I had a big smile on my face (the girls did too). This got me wondering, “where will this new beat take me?” 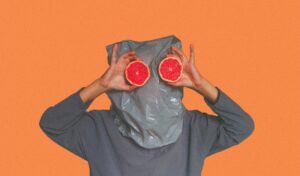 Routines are important. They help keep the world spinning on its axis. Healthy families thrive on routine. However, we can’t let routine bog us down so much that we lose all flexibility. Though some things in life require constant repetition, others require a fresh perspective and a willingness to live in the moment. Dads can lead their family toward order, but every once in a while I submit that, for the love of our family, we introduce a little chaos every once in a while. Just like musicians have to balance trying new things while practicing the old ones, “dad-craft” is all about learning a similar balance between routine and spontaneity.

Here is my challenge for us dads this week- consider where you might have opportunities to shake things up. Make it fresh and fun. Do things a little backward and off the beaten path. Chances are, you are going to run into some ideas that don’t work. That’s fine. Just like I had to make a mess before I came up with something that got the wheels spinning, you may have to make a few mistakes before you find your “new beat.” Try some unique things and see where it takes you. Then, tell us about it. Leave a comment and share what your “new beat” experience was like.