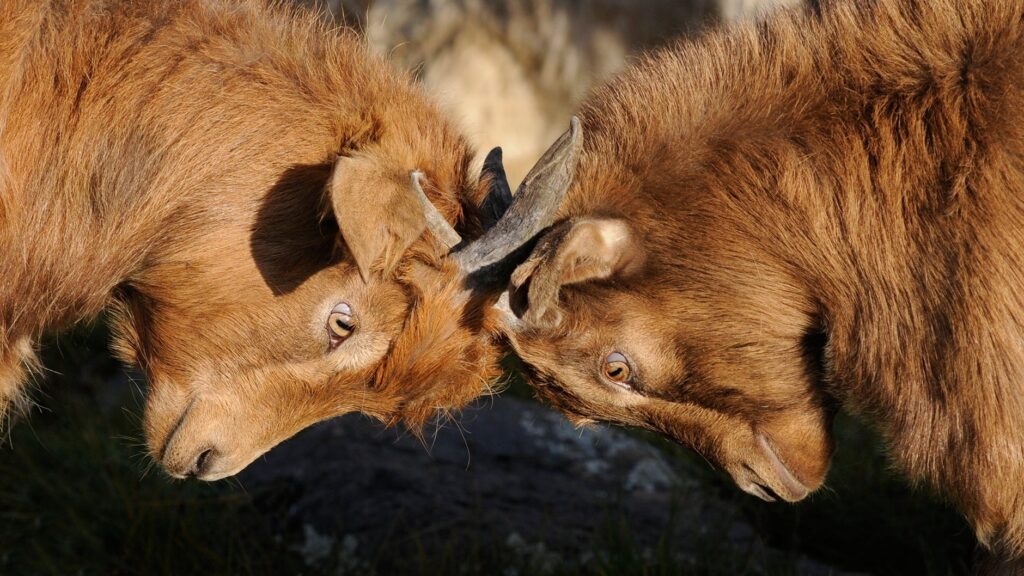 When I was younger, my parents used to tell me that I should be a lawyer, because I could talk my way out of anything. Even now, I am pretty hard to debate with. I wouldn’t call myself a master at proving my point, but more accurately I am, as many would suggest, obnoxious. Due to this, I have had to learn a very valuable lesson about getting into arguments: It is possible to “win” and still lose. What I mean to say is that I can represent myself well, and even leave others feeling defeated, yet still experience suffering over issues left unaddressed. “Winning an argument” is a dangerous phrase. It takes us away from the ideal end-goal of conflict: resolution. Conflict is unavoidable. No matter how seasoned and tempered our nature might be, there will be times where our perspectives will clash with others’. Learning to handle conflict responsibly is a necessity for Rock Solid fathers. Therefore, we are going to explore the bells and whistles of healthy conflict resolution.

One of the most challenging barriers to resolving conflict is losing focus of the issue. Often times, we start to bring up unrelated concerns as a quarrel progresses. We might also have a tendency toward trying to hurt the other person, instead of staying on topic. This becomes especially likely when we become hurt by something that was said or done. If we are going to make any progress in a disagreement, then we have to stick to the topic and avoid causing harm. Yelling, name calling, sarcasm, threats, and any other forms of aggression may shut the conversation down, but it will not solve the problem. It’s not easy to be respectful when others are fighting dirty, but that is how we remain honorable. We cannot shame ourselves and our partners by engaging in tactics that are meant to hurt. There is wisdom in asking two questions often in a conversation, “What do I need?” and “What does my spouse need right now?” We must remember to keep our eye on the prize at all times.

I have picked up a tool to resolving conflict that has been a tremendous help in my own marriage. Along with asking what my spouse and I need, I ask myself another question, “What am I willing to give up to make things work?” This is the heart of the term compromise. Few arguments ever truly get anywhere until compromise is given on both sides. Some hills are worth dying on, but not as many as we would like to believe. What often holds arguments in place for hours, days, months, and years is our desire to have everything go our way, with no give. Don’t get me wrong, I would love to live in a world where I got exactly what I wanted all the time. But, we don’t live in that world. And think about it, would you want to live in a world where it all worked my way? Would I want to live in your “dream world?” Absolutely not! That’s why compromise has to take place. Sometimes we think to ourselves, “he/she doesn’t deserve an inch.” This may be true, but what good will come of starting a war when a treaty can be made? Rock Solid Fathers must be comfortable with compromise.

Another crucial element of conflict resolution is a willingness to let it go. When others hurt us, we have a deep rooted desire to strike back. If we let ourselves run on auto-pilot when we find ourselves in a quarrel, we are likely to get defensive. Therefore, arguments cannot be done effectively if our response are not chosen intentionally. Remember that Aesop’s Fables that I had recommended during the first of the Dad’s Toolbox posts? In one of the fables, a bear is stung on the nose by a bee. The bear reacts by striking at the log where the bee has retreated to. He is rewarded with an angry swarm of bees that drive him into a nearby pond, stinging him harshly along the way. The message of the fable is to consider allowing one slight to be left unchallenged to avoid many more unnecessarily. Letting go also means that we need to consider the possibility that we don’t see the whole picture and/or we are not seeing it clearly from another’s perspective. Staying stagnant in our thoughts will not serve us well. We can’t go through life without having our beliefs challenged. We must be willing to use some introspection and explore new territory. If we don’t alter our perspective every once in a while, then something has gone horribly wrong. Facts are facts, but opinions can and should be held loosely. Treating an opinion like an irrefutable fact is the bread and butter of foolishness.

Thirdly, another tool for effectively navigating conflict is to obey the rules. Before we even begin starting a fight, we have to lay down some ground rules. What does fighting dirty look like in your home? Do family members feel offended when there is trash talking, yelling, sarcasm, passive aggressiveness, and swearing? Most families do. Does physical intimidation make your skin boil? Don’t blame you. I don’t want someone threatening me either. That’s why rules are so important. A code of conduct has to be followed so that the environment for the conflict can be safe for all parties involved. I recommend that every family have written rules somewhere around the house so that everyone is aware of the expectations for when a conversation goes south. If someone is breaking these rules, it is appropriate to call them out on it. If they continue to fight dirty, then the situation may be one where stepping away is necessary, even for a short time. We have the choice whether we want to stick with it or pull out when we need to. We can maintain relationship by letting the other person know that we intend to come back to the situation and letting he or she know why we are choosing to pull away from the conversation: it’s not safe.

Lastly, I wanted to address how we can respond when someone else is not abiding by the rules of engagement. There are four types of stances when an action is taken against us: aggression, retreat, passive aggression, and assertiveness. When we are aggressive, we are choosing to put our will and safety before the will of others. When we retreat, we are choosing to save face with the goal of trying to keep from things getting worse. Passive aggressiveness is a stance that allows us to harm without outwardly appearing to be a threat. Assertiveness (what I believe to be the best approach) puts us in a position where we are best prepared to hold our ground. We are not allowing others to push us around, but we are not playing the aggressor either. We send a clear message, “I’m not here to hurt you, but you are not welcome to treat me like a punching bag either. If you can’t stick to the rules, then this conversation is over until you get your act together.”

I hope that each of these tools will be helpful the next time that a conflict arises. Stay rock solid, and remember: be willing to compromise, let it go when you need to, and obey the rules of conduct.